Scientists are investigating a massive die-off of mussels in a major river in the southeastern United States. They hope to learn the cause.
In 2016, fish and wildlife officials discovered a big drop in the mussel population in the Clinch River. The river flows about 480 kilometers through the states of Virginia and Tennessee. It is home to many different kinds of fish and 46 species of mussels.
While freshwater mussels are small, they perform some important activities to keep rivers healthy. Mussels can clean up up to 38 liters of river water each day, removing algae, metals and other materials. The process can create a better river environment for fish, amphibians, plants and insects.
For this reason, scientists are working to find the cause of the large drop in mussel populations.
Jordan Richard is a biologist with the U.S. Fish and Wildlife Service. He told The Associated Press that officials have estimated that hundreds of thousands, possibly even millions, of mussels have died in the Clinch River.
Similar die-offs have been reported on at least five U.S. rivers and another in Spain. Richard has studied reports of similar die-offs over the years in rivers around the world. But so far he has not come up with many answers about why they happened. 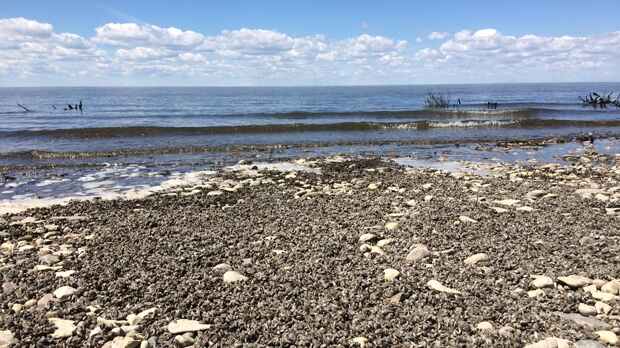 Speaking about the Clinch, Richard said the river could even be compared to the Amazon because it contains so many different kinds of life. He spoke to the AP while examining the river's mussel population in a rural community in Tennessee.
Mussel populations around the world have dropped sharply over the past 100 years. Scientists blame this on pollution, habitat loss and climate change. But they suspect the most recent decreases have another cause.
Richard and his team believe an infectious disease could be responsible. The team is comparing healthy pheasantshell mussels to dying ones in an attempt to narrow down a list of possible diseases.